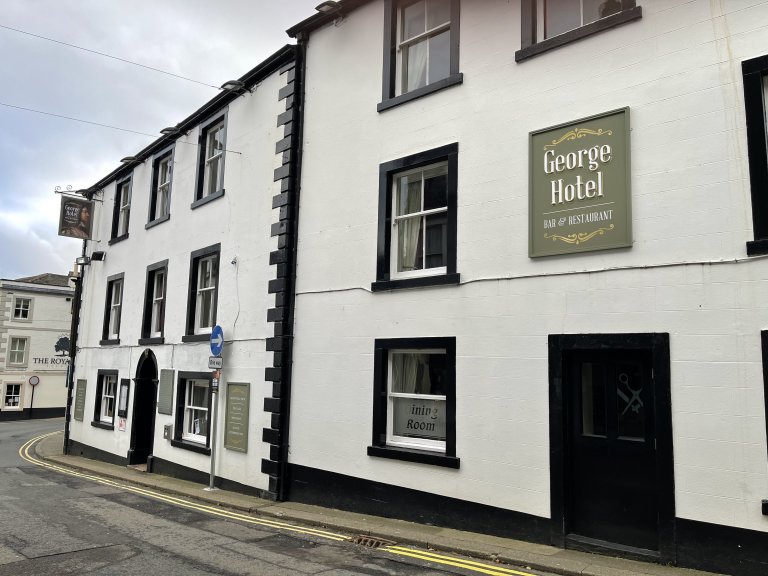 Under the previous tenancy, 6 real ales were on handpump, but this was too many to ensure fresh beer across the board.

A shame that some old pictures have been removed from the walls, but as the Marstons Pub Company terminated the long-term tenant’s lease and as he owned the fixtures and fittings, this comes as no surprise.

Seating beautifully reupholstered, so surprising that Marston’s new management turned a blind eye to a couple with their large dog on a bench seat last night when I was drinking there.

But no food on sale yet and rooms advertised as bed only. Wetherspoons for breakfast ? Consequently the George is much quieter and less profitable than it was, as it was food-driven along with big wine sales to diners.

No doubt they will manage to recruit kitchen staff eventually.